Successful Flow
Home Around The Globe This GoPro Camera Was Eaten By Lava, Survived and Filmed Everything

Our gadgets are being advanced and modified everyday by modern technology to boost the experience received by the user. But there are certain phenomena like weather conditions, cannot be competed with.

But, are they actually being unable?

Erik Storm, an environmental exploration guide of Kilauea EcoGuides, a tour group based in the Hawaii Volcanoes National Park, has left his GoPro on the slow flowing path of lava in spite of the high heat and pressure, the device has been recording! 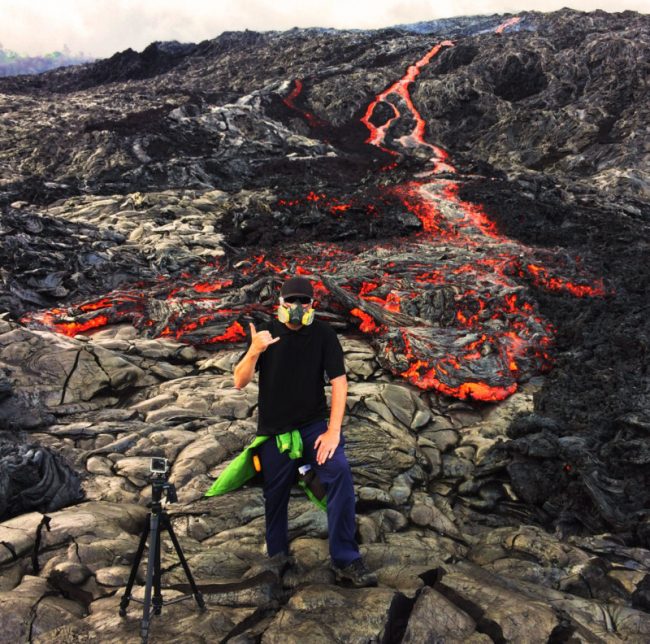 Since he was aimed at capturing photos of the fiery madness, he has left his camera in a small crack, but the camera was engulfed by the lava. Eric noticed lava consuming his device which was in a safety case.

He had discovered that the SD card was being protected by the lava and the GoPro had filmed the complete scene. 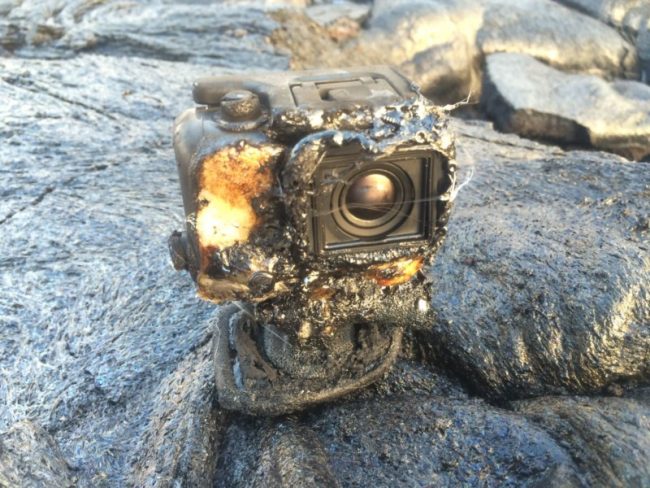 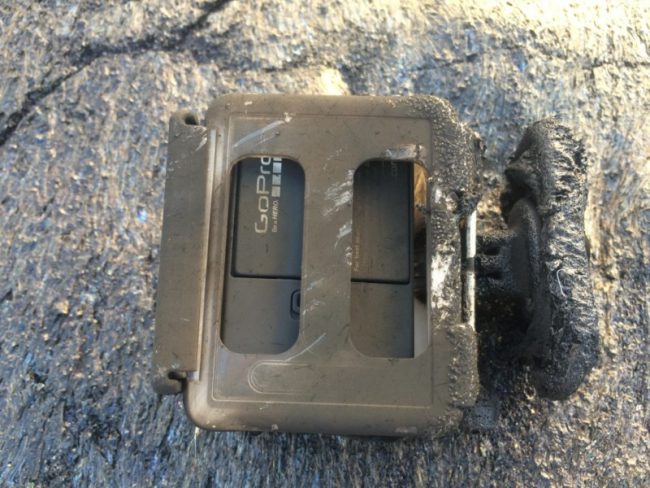 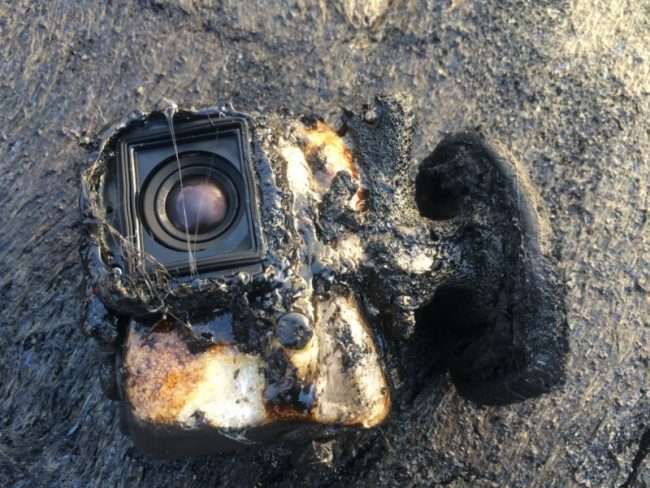 “I used a geology rock hammer to pull it out of the lava and thought it was a total loss. Not only had most of the camera survived, but it had managed to record everything and was still working.”

As per the details given by the GoPro company helpdesk, the majority of the cameras shut off when the operational temperature increases upto 125 F (51.7 C).

Luckily, this incident has gone beyond the concept this time!

Have a look at the following photographs:

Actually the camera is not operating as usual, but amazingly it was not destroyed by lava. The plastic casing has ensured the safety of the camera to survive from the high temperature during the period.

“The camera even still worked although not as well as it did before. 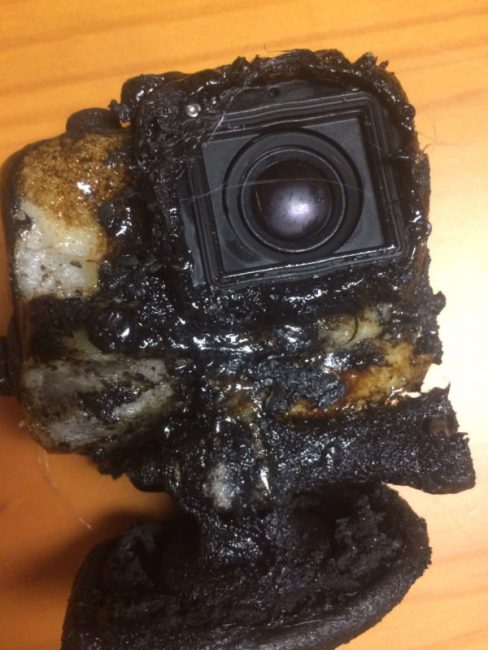 Unusual Video Of A Sea Angel Swimming Beneath The Ice Captured

Videos Obviously Show George Floyd NOT Combatting Arrest Prior To His...

Be Ready As There Will Be Both A Lunar and Solar...

Unusual Video Of A Sea Angel Swimming Beneath The Ice Captured

Meet The Harpy Eagle, A Bird So Large, Some Think It’s...

Rare Photos That Show The Unseen Side of Things (New Photos)

ABOUT US
We absolutely bring the best out of Cyberworld that inspires, motivates and lightens up your life while providing you with the knowledge of new studies and theories, health, relationship, life and youth.
Contact us: [email protected]
FOLLOW US
© Copyright 2020 - Successful Flow